GEYA’s mission relies on improving the quality of life and the environment through power supply management technologies and services.

Our company’s vision is to provide competitive products and services in the home automation, industrial automation and energy management fields. 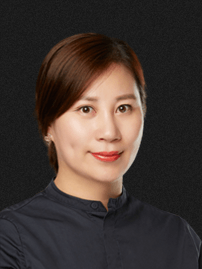 What is a Surge Protective Device (SPD)？

The Surge Protective Device (SPD) is a component of the electrical installation protection system. This device connects in parallel to the power supply circuit of the loads that it has to protect. The surge protective device redirects electrical currents like nominal discharge current from a short circuit. It does that using either a solid-state contact or an air-gap switch. In addition, the surge protective device serves as a load-safe shutoff device for overcurrent conditions and a recloser that controls the voltage level above the rated voltage or low voltage in the event of a fault condition. We can also use the surge protective device at all levels of the power supply network. This approach is often the foremost commonly used and most effective sort of overvoltage protection.

Moreover, these surge protective devices are a cost-effective solution to forestall downtime, improve the system and data reliability, and eliminate apparatus damage because of transients and surges for power and signal lines. The surge protective device is suitable for any facility or load (1000 volts and below). In addition, surge arresters have many functions, and we might use them anywhere from protecting a home to a utility substation. The electrician installs this device on circuit breakers inside a residential home, pad-mounted transformers, pole-mounted transformers, pole-mounted riser poles, and substations.

In the most elementary sense, when a transient voltage occurs on the protected circuit, a surge protective device interrupts the current path by closing its switch contacts, limits the transient voltage and diverts the current back to its source or ground. That prevents damage to connected equipment due to voltage transients. The surge protective device must have at least one non-linear component. That transitions between a high and low impedance state under different conditions to function.

The surge arrester is one of the essential parts of an electrical system. It helps protect expensive circuit components by diverting overvoltage surges to earth or another safe location, preventing them from reaching equipment connected to the system. On the other hand, the surge protector is an electrical device for protection against power surges. Power surges are transient increases in the voltage supplied by a power source or sudden voltage changes. Non-faulty equipment (often incorrectly installed) and faulty equipment can cause surges. A surge protector also protects the system from such surges and enhances the electronic for longer life.

Utility companies use surge arresters (or lightning arresters) in power transmission and distribution systems to protect their electronic equipment and infrastructure. Large-scale industrial operations, such as mining or oil and gas, also use such devices. These protect against vast fault currents, such as those caused by lightning – hence the name “lightning arrester”. The surge protector is used to protect domestic and consumer electrical equipment. The device surge protector covers sensitive electronic equipment and appliances in your homes like your computer, television, and refrigerator.

On a basic level, the lightning protection system protects the facility and structure from direct strikes, while a surge protective device preserves electrical equipment and systems against surges or transients. How the two work, as well as the components involved, differ. In other words, lightning protection system components are always in place and prepared to function. At the same time, a surge protective device monitors internal system voltages and springs into action if a transient voltage occurs on the circuit.

GEYA produces and distributes surge protective devices Type 1 and Type 2, and their definitions are as follows:

This type is Permanently connected, intended for installation between the secondary of the service transformer and therefore the line side of the service disconnect the overcurrent device (service equipment). The primary purpose of type 1 is to protect insulation levels of the electrical system against external surges caused by lightning or utility capacitor bank switching.

On the other hand, surge protective device type 2 is permanently connected, intended for installation on the load side of the service disconnect overcurrent device (service equipment), including brand panel locations. Type 2 primary purpose is to protect the sensitive electronics and microprocessor-based loads against residual lightning energy, motor generated surges, and other internally generated surge events.

Electrical systems such as air conditioners, pool pumps, generators, solar, cable, network, and communication connections can all let power surges into your home. Hence the need to safeguard both the interior and exterior of these devices. We encourage adding protective devices on appliances (which we will also help with) and installing devices on the main electrical panel.

Moreover, they protect against other damaging electrical disturbances to all electronics and devices in different types of assets. With GEYA, all the electronics and electric devices are safe. For more details, kindly check the GEYA Surge Protective Device Catalogue.

Here are some of the reasons why you choose GEYA:

To ensure high quality, high service, and high speed in completing delivery duties, GEYA will execute according to user requirements.

At GEYA, we recognise the need of keeping all devices secure while still keeping your organisation competitive. GEYA products are CCC, CE, CB, SAA, SEMKO, TUV, and ROSH certified, with over ten years of expertise.