GEYA timer relay improves the power supply’s anti-reverse function and its anti-jamming capability and consumption. It has a combination of versatility, the convenience of use, and installation and the ability to preserve panel space.

To meet your timing needs, the GEYA timer relay has extensive functionality and security settings. It has a solid-state output, which means less wiring is required. The number of operational cycles has no bearing on the longevity of these timing relays.

Our timer relay offers a broad set of timing capabilities that can be used in a number of applications. It is simple to integrate into new and current applications. 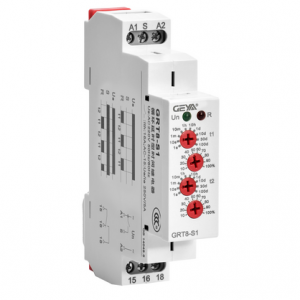 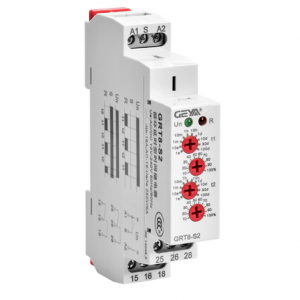 Delay OFF Without Supply Voltage GRT8-D 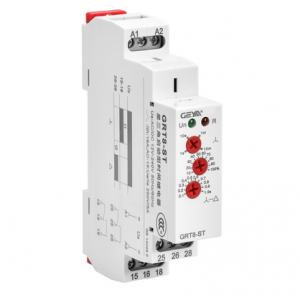 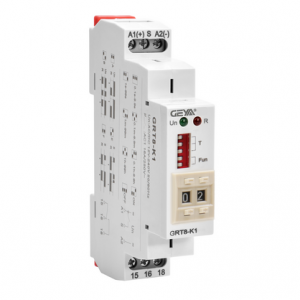 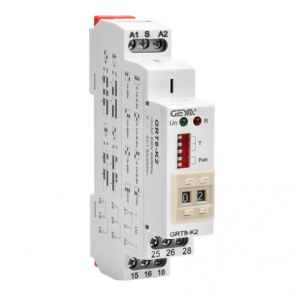 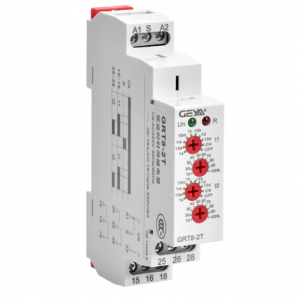 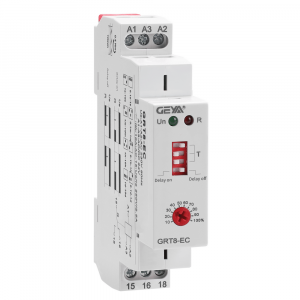 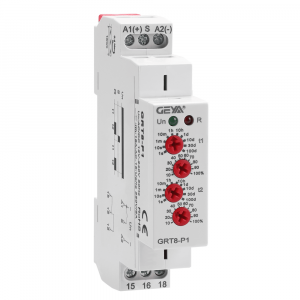 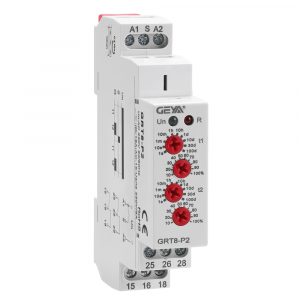 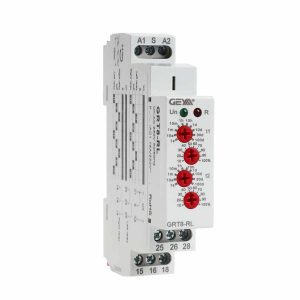 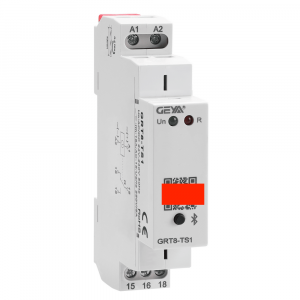 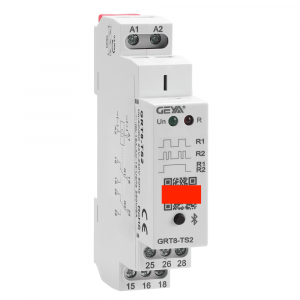 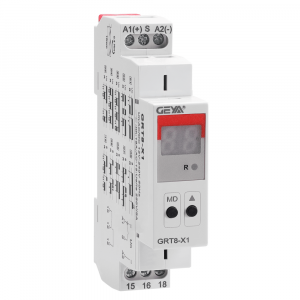 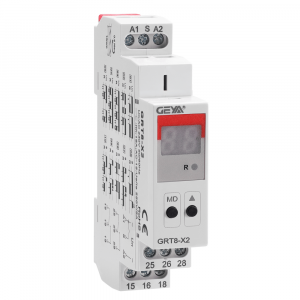 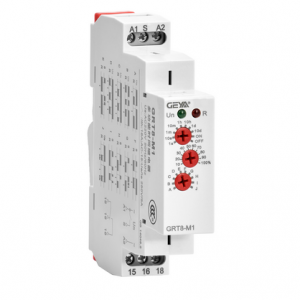 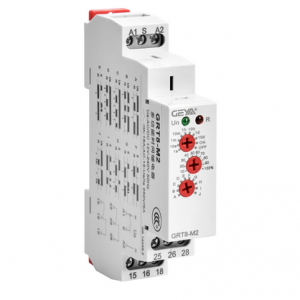 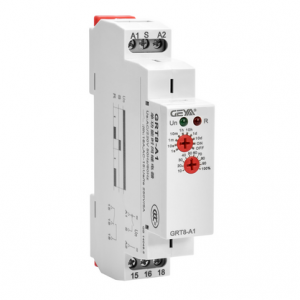 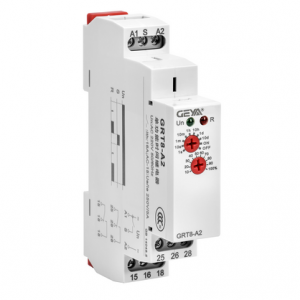 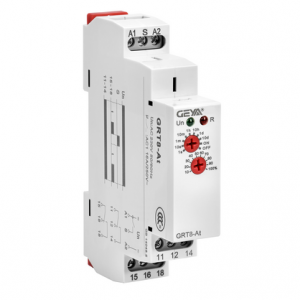 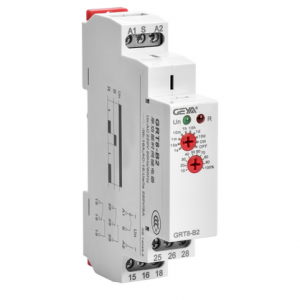 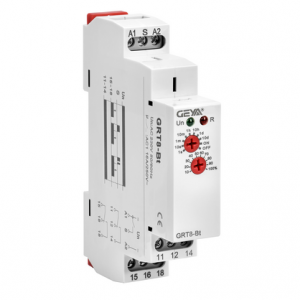 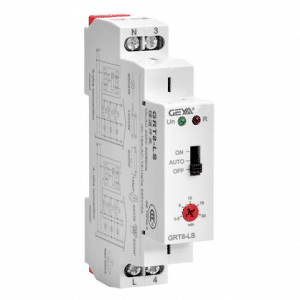 It is designed for industrial process control, machine control, and a variety of other uses.

Send Us Your Inquiry Right Now!

What is a Control Relay?

What is a Timer Relay?

A timer relay is an electrical control relay that has a delay time built in. Its goal is to use the time to regulate an occurrence. On coil power supply, de-energization, or perhaps both, the armature movement is delayed by a timer relay. Its purpose is to turn on or off a device, circuitry, or system.

The majority of electricians are familiar with the concept of a timer relay. In the energy industry, it is very famous and well-known equipment. Since 1968, Timer Relay has been renowned for its dependable designs that offer extended service lifetimes and minimal maintenance costs. Timer relays use a simple working concept that allows you to select from a variety of functions as well as time delay ranges to guarantee that you get the appropriate timer for your needs.

What is a Multifunctional Timer Relay?

A multipurpose or multifunctional time relay is a timepiece that can perform a variety of timing tasks. A multifunctional timer may be used to choose and apply several management functions. It’s ideal for a wide range of applications, from simple to complex controllers.

The Workings of a Timer Relay

The following is the functional mechanism of a timer relay:

Blower motors, also known as delay-on-operate timers, are frequently used to postpone the functioning of gas, electric, or oil heater for a set time period after it has been switched on. On-delay timers can also be used to spread the start timings of various compressors or motors operated by the main switch.

This reduces the amount of surge current in the power line. Burglar and intruder alarms, open-door alerts, power distribution scheduling; microwave ignitor controls, as well as fan controls are among the other uses.

Off-delay timers are typically referred to as delay on release, delay on break, post purge delay, release delay as well as delay on de-energization. Once the incoming power is supplied, off-delay timers are prepared to accept the activation. The trigger energises an outlet, but this must be withdrawn before the time delay can commence. At the conclusion of the time delay interval, an outlet is de-energized. The triggering will reset if it is used during the wait.

Off-delay timers have been used in air-conditioning units to keep the blower motor running after the cooling compressor has been turned off by the thermostat. They could also be used to power electrical equipment and motors for a certain amount of time, such as coin-operated dryers in commercial laundry facilities.

When power is applied, the contacts change position quickly and stay in that position for the time delay provided. The contacts return to their regular location after the time delay. During and before timing, power must be applied. When the time delay is finished, and the control switch is released, the system is reset.

Bypass timing, pulse shaping, on interval, interval delay, and delay on energization with instantaneous transfer or some name to refer to interval timers.

The absence of mechanical as well as working elements in a timer relay or time delay relay has become one of the device’s major benefits. Time delay relays are not vulnerable to mechanical degradation such as arc flash as well as pitting because no connections are opened or closed. As a consequence, timer relays could run for an infinite number of on/off revolutions without losing performance.

Sound is also lessened because there are no moving parts. In power cabinets with thousands of timer relays, the silent functioning of timer relays is extremely advantageous.

Timers also have substantially quicker reaction rates than their electromechanical predecessors due to a lack of mechanical systems. Instant-on-time relay gadgets are useful for fast-acting electrical gadgets because they can send on/off signals from the control system to the load circuit within just 20 microseconds.

Further to that, many timer relays use substantially lesser power to activate the control as well as load circuits than electromechanical valves. Most time delay relays, for instance, can trigger load connections with as little as just one milliamp within the control circuit and volts as minimal as 3 volts Direct – current in the control circuit.

Timer relays can be used in a variety of situations, including: 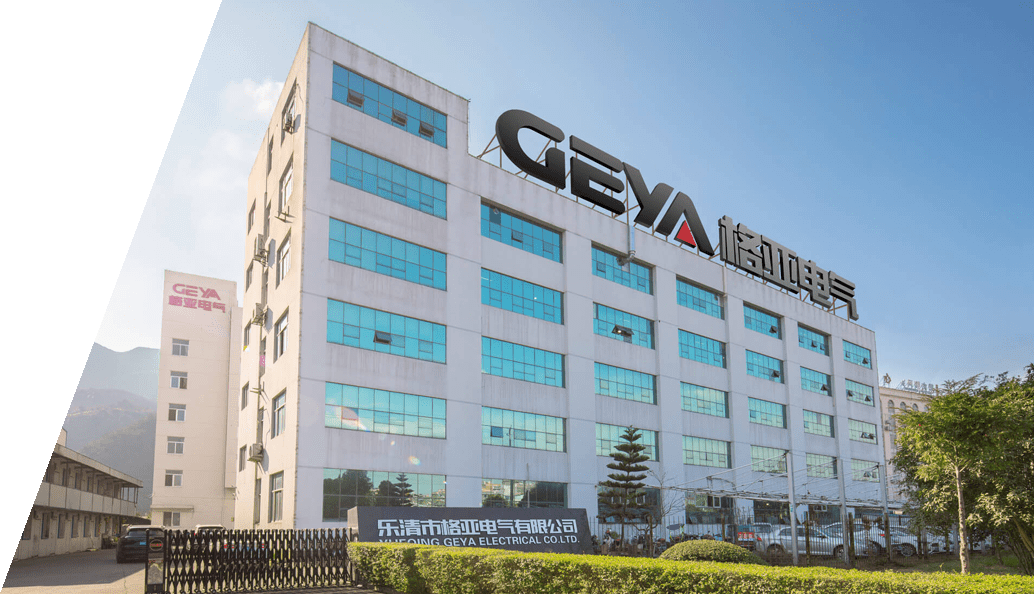 Simple to use and connect to circuits, with a variety of functions to pick from at a fair price

LED indications on the GEYA timer relay allows you to keep track of how well it is working. They have a single timing range and a time delay operation. These timing relays have been designed to fit into tight spaces.

GEYA timer relay accepts voltage and non-voltage inputs from a wide variety of sensors. There are numerous transistors and relay outputs on this board. It is an electronic control relay with separate input and output that performs its operations without moving parts. Our timer relay is suitable for applications with a lot of contact closures due to its long lifespan.

At GEYA, we strive to provide you with the finest timer relay that is safe, strong, and reliable. With over a decade of experience, GEYA products are certified to industry standards such as CCC, CE, CB, SAA, SEMKO, TUV, and ROSH.

GEYA offers hundreds of timer relay designs, both custom and standard. Clients are assured of one-off protection from any environmental conditions when they choose the GEYA timer relay. Contact our technical team today for more details about our timer relay.