GEYA is one of China’s Residual Current Device producers and suppliers. We are committed to conveying the finest RCDs and services. We have involvement with the generation of different voltage electrical and have control over our items.

Get A Free Quote
More About Us!

GEYA Residual Current Device can altogether upgrade people’s quality of life. Our consumers have increasingly home appliances in their houses to superior their ordinary lives, but there are more critical security issues when they utilize such a device. People and home appliances security are getting to be a basic issue that requires prompt consideration. The fitting choice and usage of GEYA Residual Current Device are one of the foremost basic, cost-effective, secure, and reliable alternatives for securing respectful structures and electrical equipment.

IGOYE continuously innovates the way of manufacturing all products by investing in the workforce and machinery. We challenge our engineering team to seek new ideas that will eventually result in the overall advancement of our manufacturing system.

We have over 15 years of experience in making Residual Current Circuit in the industry. And we are committed to providing only quality items and services. GEYA comply with international and industry standards to make it all happen. We assure you that every product we produce will undergo a series of tests for quality assurance before releasing it to the market.

Our GEYA RCD makes the remaining residual current circuit breaker based on Kirchhoff’s law, which stipulates that the arriving voltage must adjust the withdrawing current in circuitry. Our residual current device works by comparing unbiased wires. 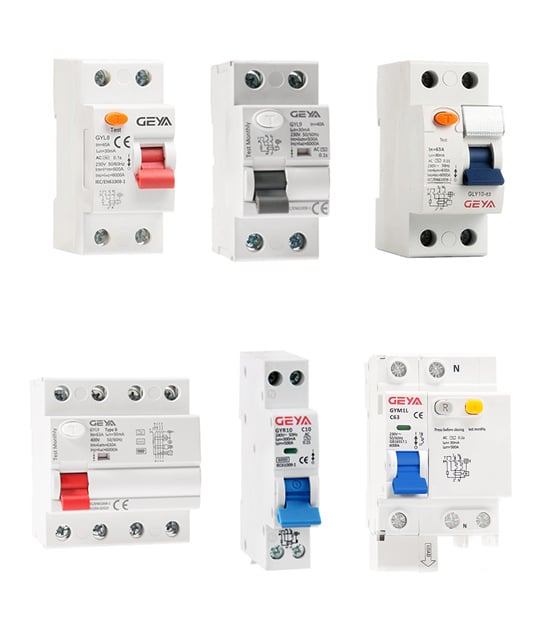 An over current can cut the flawed current inside 0.1 seconds, ensuring the services and gear from mischances caused by leftover or spillage current.

Our Residual Current Device is enacted to close off the circuit when it recognizes a residual current. Once you press the check button, power streams over the test circuit. Since it causes a lopsidedness on the equipment's unbiased coil.

Made with the highest quality contents and advanced manufacturing procedures, IGOYE RCD is carefully designed for optimal performance. By this, we can ensure that the push button can perform its duty to sustain the needs of your electrical system.

Why GEYA is Your Best
RCD Switch Manufacturer Choice 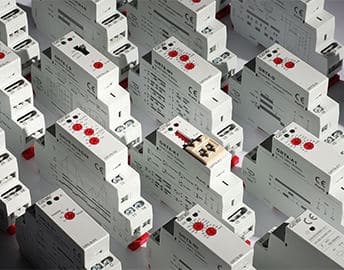 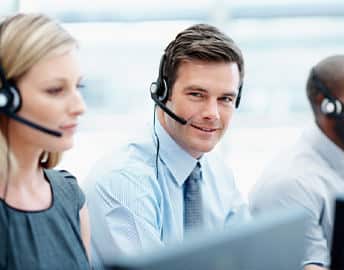 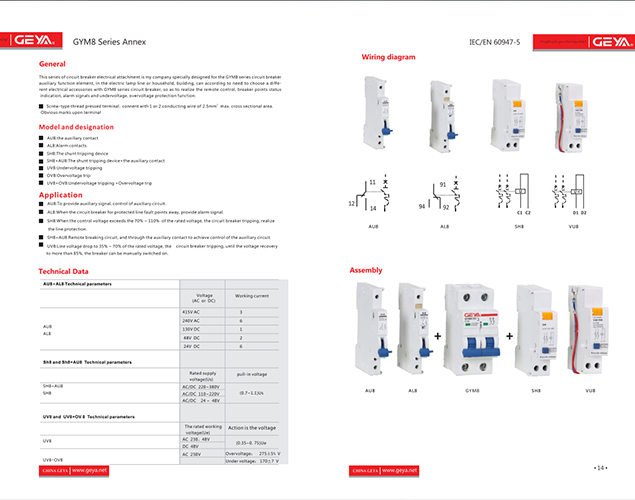 In recent years, GEYA has been actively engaged in the national key projects, including the construction of substations and distribution stations

0
Patents and Certifications in Electric Industry

GEYA has more than 30 patents for products and technologies such as busbar, overvoltage arresters, and so on. 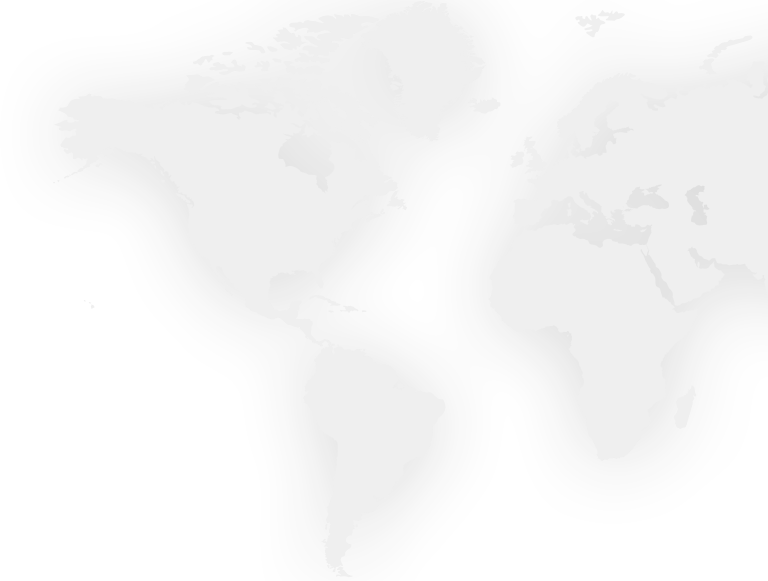 We collaborate with you to design and deliver a system that meets your utility usage and selecting equipments.

What Are Your Locking For?

What is Residual Current Device?

What does an RCD do?

How does it work?

What are the main types of RCD?

– Fixed RCD are introduced within the buyer unit (fuse box) and can give security to people on bunches of circuits. A settled RCD gives the highest level of security because it secures all the wiring and the attachments on a circuit, and any associated apparatuses.
– Socket-Outlet RCDs are extraordinary socket-outlets with an RCD built into them which can be utilized as input of a standard socket-outlet. This sort of RCD gives assurance as it were to the individual in contact with hardware, counting its lead, stopped into the uncommon socket-outlet.
– Portable RCDs plug into any standard socket outlet. Appliances can at that point be stopped into the RCD. RCDs are valuable when not one or the other settled nor socket-outlet RCDs are accessible but, as with socket-outlet RCDs, they give assurance as if it were to the individual in contact with the gear, counting its lead, stopped into the convenient RCD.

– Yes, when it comes to custom-made electrical components specific to your electrical project, GEYA and our team of experts will help you.

Do you offer warranties?

– We won’t let you down, upon purchasing any item on us, GEYA will be giving you a 12-month coverage of use and test all you want a warranty for any manufacturing defect just take note we do not cover user-inflicted damages.