With the promotion of new energy policies and increasing awareness of environmental protection, the global automotive market is slowly shifting from fuel vehicles to hybrid vehicles and electric vehicles. Accelerating the cultivation and development of energy-saving and new energy vehicles is not only an urgent task to effectively alleviate energy and environmental pressures and promote the sustainable development of the automobile industry, but also a strategic measure to accelerate the transformation and upgrading of the automobile industry, cultivate new economic growth points and international competitive advantages.

The promotion of electric vehicles is imperative, and the global new energy vehicle industry is developing rapidly. Currently, in China, the United States, Germany,

Driven by major new energy vehicle promotion countries such as Japan, the global new energy vehicle market has entered a period of rapid growth, and the sales of new energy passenger vehicles have grown by more than 50% for four consecutive years from 2015 to 2018. 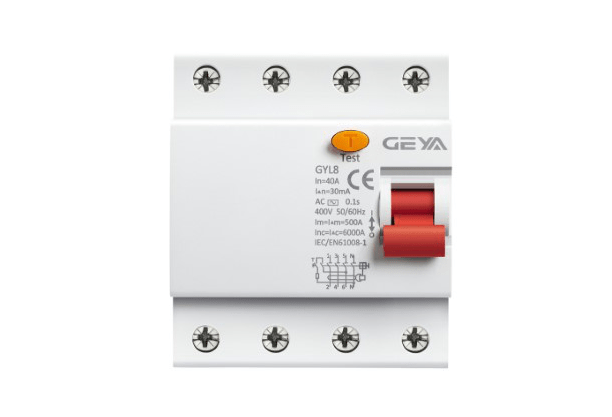 The need for leakage current detection on charging piles

The ordinary power socket in the AC system is directly connected to the AC charging interface of the electric vehicle to charge the electric vehicle. Electrical safety relies on the safety protection of the power supply grid, which is poor in safety and is eliminated in the GB/T18487.1-2015 standard.

The AC power distribution system is connected to the AC charging interface of the electric vehicle through a special charging device with control and protection functions to charge the electric vehicle. A control guide device is installed on the dedicated power supply equipment.

Electrical safety is based on special charging piles and guided inspections between piles and vehicles.

The principle of integrating the rectifier module from the car into the pile is similar to that of the AC pile. The charging gun interface is a unified standard, and AC and DC cannot be plugged in each other.

2 . Harmfulness and types of leakage current

2）Damage to the equipment grid

③The direct current component not only has a bad influence on the power system itself and electrical equipment but also has an amplifying effect on the harmonics of the grid-connected current, resulting in power quality problems. Increase the corrosion of power grid cables; cause higher instantaneous current peaks, which may burn the fuse and cause power failure. The current international regulations on the upper limit of the DC component are the same. The relevant grid-connected standards of China, the United States, and the United Kingdom stipulate that the DC component is not allowed to exceed 0.5% or 5mA of the current rating of each phase.

The charging of electric vehicles requires a residual current sensor to detect leakage, to avoid the danger that the car battery (DC) is connected to the main power supply (AC). The DC component generated by the charging pile or control box during the charging process will affect the quality of the power grid, and the DC leakage will also have the risk of arcing on the electrical appliance itself.

The International Electrotechnical Commission IEC62752 clearly states that Type B is required as the standard for detecting leakage current, and it is mandatory to implement each IC-CPD. Related content is also mentioned in UL2231.

The disconnecting device adopts a relay or contactor.

Application in other fields

GEYA GYL9 Type B Residual Current Circuit Breaker (RCCB)(without overcurrent protection), suitable for rated voltage 230V at two poles, 400V at four poles, rated current n line 63A, when the person gets an electric shock or the grid leakage current exceeds the specified value, the residual current action circuit breaker can quickly cut off the fault power supply for protecting the safety of human body and electrical equipment can also be used for infrequent switching of circuits and infrequent starting of motors.

This website uses cookies to improve your experience while you navigate through the website. Out of these, the cookies that are categorized as necessary are stored on your browser as they are essential for the working of basic functionalities of the website. We also use third-party cookies that help us analyze and understand how you use this website. These cookies will be stored in your browser only with your consent. You also have the option to opt-out of these cookies. But opting out of some of these cookies may affect your browsing experience.
Necessary Always Enabled

Performance cookies are used to understand and analyze the key performance indexes of the website which helps in delivering a better user experience for the visitors.

Analytical cookies are used to understand how visitors interact with the website. These cookies help provide information on metrics the number of visitors, bounce rate, traffic source, etc.

Advertisement cookies are used to provide visitors with relevant ads and marketing campaigns. These cookies track visitors across websites and collect information to provide customized ads.

Other uncategorized cookies are those that are being analyzed and have not been classified into a category as yet.